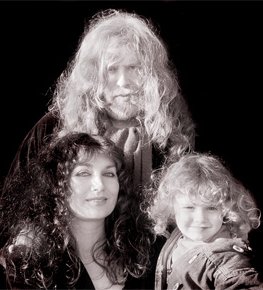 Robert Lenkiewicz's relationship with women has often been the subject discussion. One thing that is not contended was his fondness for the opposite sex. Alleged to have slept with 3000 women, it would be safe to say that he was a bit of a philanderer - by other peoples standards anyway - because to him, this kind of lifestyle was perfectly normal. Only by contrast to other people’s lives, it would seem to be a lifestyle that people would give a name to; such as ‘philanderer’, or the not so complimentary ‘womaniser’ (as sometimes labelled by some of his feminist detractors).

Aside from the many flings and conquests, Robert also had ‘normal’, stable relationships – in the same way that most men who have been married for many years have. His first marriage was to Celia Mills, and the marriage produced two children – Alice and Wolfe. However, Robert’s devotion to his career meant moving from London to Cornwall and then to Plymouth in 1969. On moving to Plymouth and his involvement with tramps and drifters (creating a refuse for them in his studios), all put pressure on the marriage and they soon split.

Robert’s second marriage was to Keiko Nakamura. Little is known about this particular marriage; but it was a brief one, and it was a marriage of convenience. It was arranged more out of an act of philanthropy on Robert’s part – Keiko basically needed some means of documentation in order to stay in Britain and study here. They did not live together or have any children. Also around this time, he had a relationship with Annie Hill-Smith which produced three children – Kate, Yasha and Sholem. Robert’s third marriage was to Mary (Originally called Gillian Pearce) in around 1980. He spent much time and effort trying to convince the reluctant Mary to marry him. And, ironically, as soon as she did, marriage killed the relationship for Mary, and they soon drifted apart.

In 1982 Robert met long-term partner, Karen Ciambriello – the woman who was to be his main partner for the remainder of his life. They did not marry, but had two children together – Thais and Chaya. 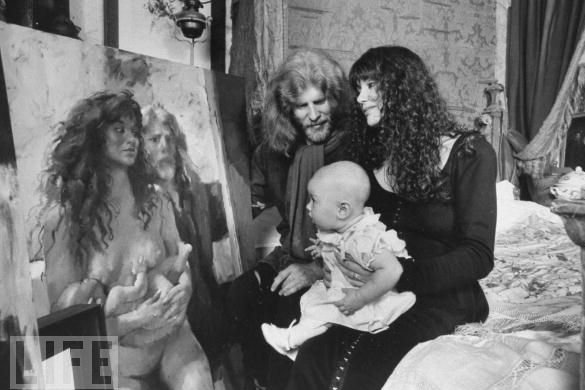 Robert with Karen Ciambriello and their youngest daughter, Chaya. 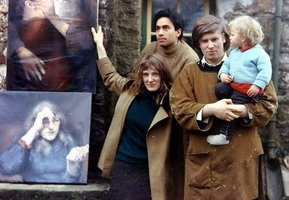 Pictured outside his humble rented cottage in Cornwall (prior to living on Plymouth's Barbican), holding one of his daughters, Alice, with her mother, Mouse. Behind them is friend, Tarun Bedi. 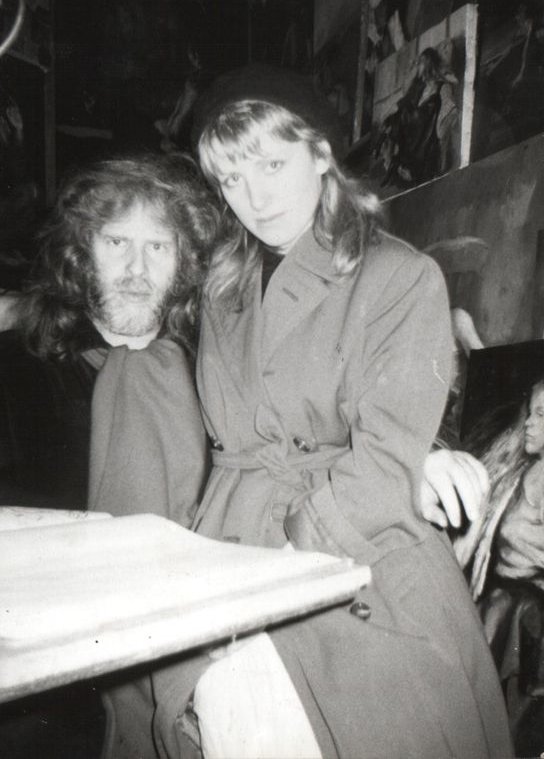 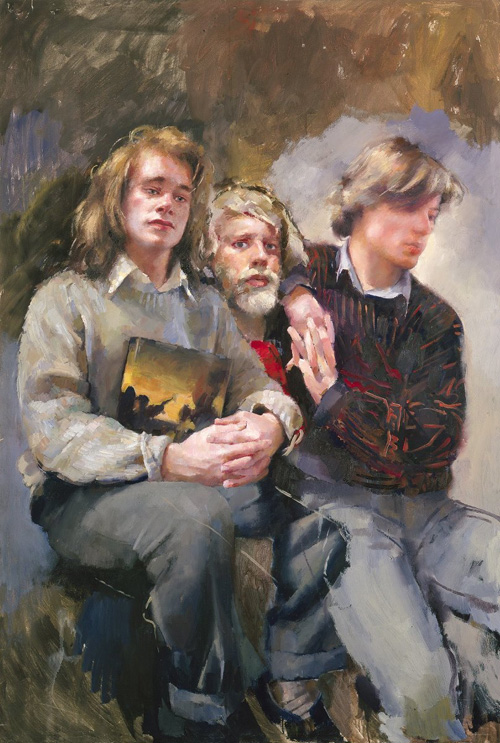 The art of family 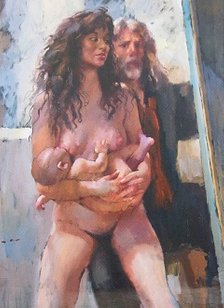 A self-portrait by Robert, also depicting Karen Ciambriello and their daughter, Thais. 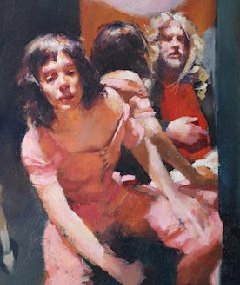 Detail of a larger painting by Robert, featuring himself with his former partner, Annie (mother of three of his children). 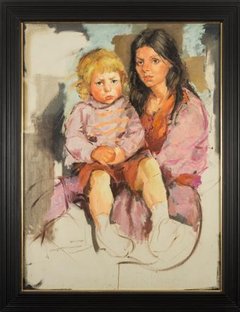 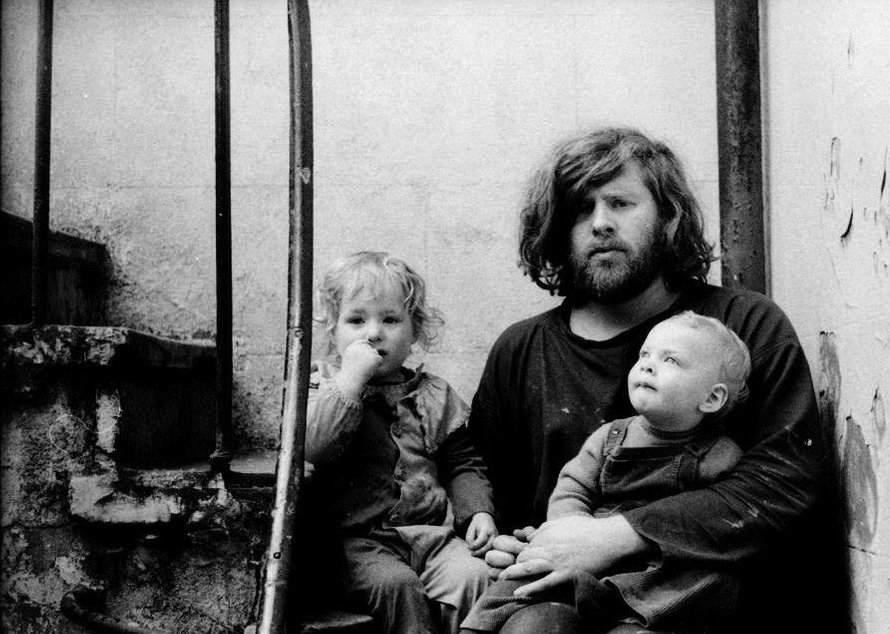 Lenkiewicz with two of his sons - Sholem and Jascha, in Notting Hill, London. 1976